Creative Commons licenses were carefully crafted to make them legally enforceable in countries around the world. 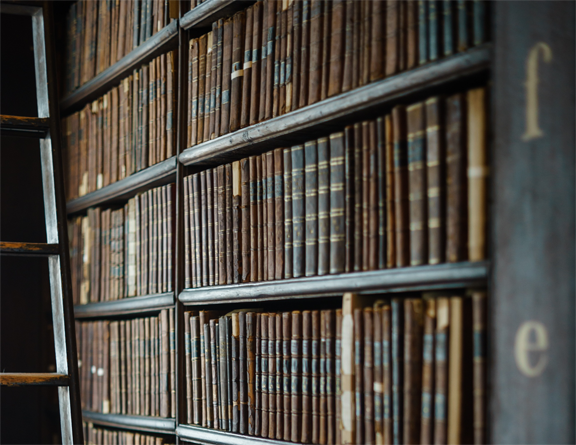 To date and to our knowledge, no court around the world that has heard a case involving a CC license (of which there have been very few) has questioned the validity or enforceability of a CC license. Thanks to the CC community, most disputes connected to CC licenses are resolved outside of court and often without involving lawyers.

Personal Reflection / Why It Matters To You

Whether you or your organization is using CC licenses, or you are advising others in the use of CC licenses, you want to be confident that the terms of the CC licenses are enforceable. If someone misuses your work, what recourse do you have? What would you do if you found out someone was using your CC licensed photograph in a magazine without giving you credit, for example?

Most people who reuse CC licensed works try to comply with the license conditions. But whether well meaning or not, sometimes people get it wrong.

If someone is using a CC licensed work without giving attribution or otherwise following the license, their right to use the work ends automatically as soon as they violate the license terms. Unless the person using the work received separate permission or is relying upon fair use or some other exception to copyright, they are potentially liable for copyright infringement. Read this FAQ about what happens when someone does not comply with a CC license. Read this FAQ for a look at what happens from the perspective of a reuser.

Note this important difference between the newest version of CC licenses (version 4.0) and prior versions:

Under version 4, users of CC-licensed works who come into compliance with license terms within 30 days of discovering they were in violation of the terms have their rights under the license automatically reinstated.

Sometimes these types of disputes can end up in court. Over the course of CC’s history, to our knowledge, there have been very few legal disputes and decisions involving CC legal tools. Each court that has rendered a decision has made it without questioning the enforceability of the CC license at issue.

Those judicial decisions have been in a variety of places around the world, including Spain, Belgium, Netherlands, Germany, Sweden, Israel, and the United States. Creative Commons maintains a listing of court decisions and case law from jurisdictions around the world on its wiki here.

In all of these decisions, no court has questioned the validity of the CC license in the case. While the CC license played a minor role in some of the cases, in others the court has held the defendant liable for copyright infringement for failing to follow the CC license terms. Read about one such decision in this summary.

Legal enforceability is one of the key features of CC licensing. While the licenses are widely seen as symbols of free and open sharing, they also carry legal weight. The legal code was written by lawyers with the help of a global network of international copyright experts. The result is a set of terms and conditions that are intended to operate and be enforceable everywhere in the world.

As noted above, there are different versions of CC licenses. Not to be confused with the different types of licenses described in Section 3.3, the license version number simply represents when that particular version of the legal code was written. CC improves its licenses through the process of versioning, which is the process by which we update the legal code to better account for changes in copyright law and technology, and the needs of reusers. While there are some differences between license versions, the different versions are largely the same in practical effect. The latest version of the CC license suite is Version 4.0, which was published in 2013. Details on what updates were made to the licenses in Version 4.0 can be found on the CC wiki. For the most definitive and comprehensive view of how the licenses have changed from Version 1.0 to the present, including all changes to the attribution and marking requirements, visit our website.

In all cases, we recommend that creators use the latest version of the licenses, as it reflects the latest thinking of Creative Commons and its global network of legal experts.

The latest versions of all CC legal tools may be translated into official versions in other languages. Creative Commons has a formal process by which this is done in order to ensure that the translations are as close to the original as possible. Our goal is to get the legal tools into as many languages as possible, so that everyone can read and understand the terms in their native language(s). The official translations are noted at the bottom of the legal code on all of the licenses, and are equivalents of one another.

Prior to the publication of Version 4.0 in November 2013, Creative Commons gave permission to the CC Global Network to “port” the Creative Commons licenses. Porting involved linguistic translation and adjustments so that the licenses reflected local terminology and drafting protocols, and accounted for other local differences, such as the existence of moral rights and collecting societies.

One of the primary reasons for versioning the licenses from 3.0 to 4.0 was to eliminate the need for porting, an unnecessarily complex process that could be eliminated if CC took proper care to ensure the new licenses were internationalized. Starting with Version 4.0, the most recent version of the CC license suite, CC no longer “ports” the licenses. The ported licenses of previous versions may still be used and remain legally valid and enforceable; however, Creative Commons discourages their use and recommends Version 4.0 as the latest and most up-to-date thinking of CC and its global network.

Since the publication of Version 1.0 of the licenses in 2002, Creative Commons is not aware of a large number of disputes between licensors and reusers over its licenses, including the NonCommercial term and attribution.

Note that we accounted for this practice in Version 4.0. Whereas prior to 4.0, any violation of the license automatically terminated the license, and the violator had to seek new and express permission from the licensor to reuse the work again. In Version 4.0, the license automatically reinstates if the violator corrects the problem within 30 days of having become aware of it. This encourages reusers to do the right thing — correct violations as soon as possible upon discovery, whether or not the licensor has made a claim. This can help avoid disputes.

In many ways, both of these practices — being more generous and respectful, and outreach to solve any perceived violations — are a testament to the values held and practiced by the CC community of creators and reusers. Creative Commons encourages healthy, open interactions between licensors and those reusing their works.

The legal robustness of the CC licenses is critically important. With the help of its international network of legal and policy experts, the CC licenses are accepted and enforceable worldwide.  To date, no court has declared the licenses unenforceable, and very few lawsuits have ensued. In the vast majority of cases, the community resolves disputes outside of the courtroom.